Over the weekend I started playing with changing Vim's cursor colour and shape depending on the editing mode (see Micah Elliot's great post Vi-Mode Ubiquitous Cursor Indicator). Unfortunately, GNOME terminal doesn't support cursor codes. As I spend most of my time in i3 it got me thinking about using a more light-weight terminal emulator, XTerm. 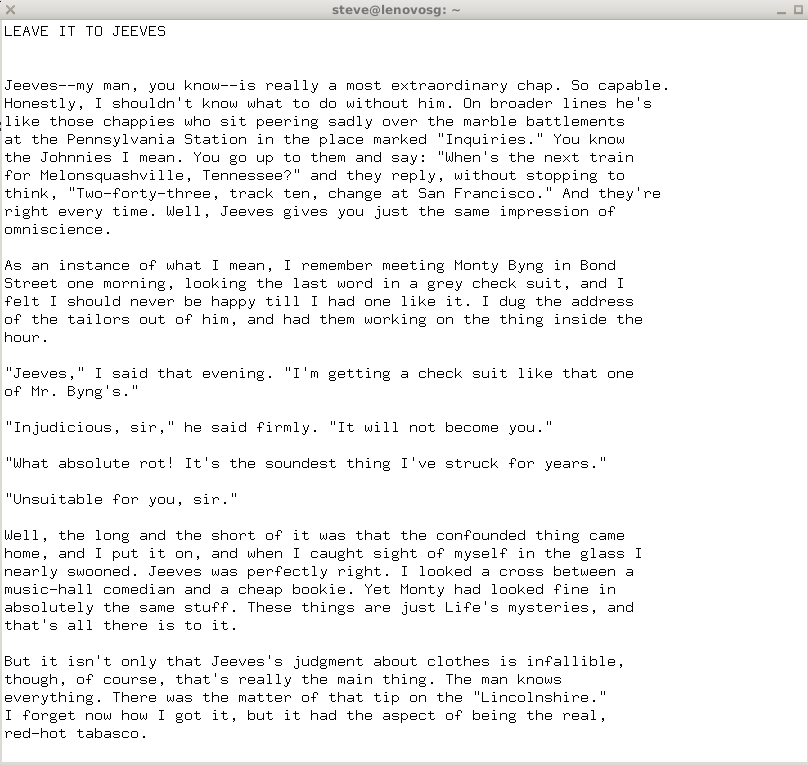 Figure 1: Not a great initial impression ...

I suppose like everyone I used XTerm a long time ago, but as the default environments went with more sophisticated options I haven't kept up with it. It's got a lot going for it including speed, flexibility and memory size. The initial bare-bones launch isn't particularly encouraging, but there's a lot we can do with it. The manual page for it is gigantic and takes a long time to get through, so I'm going to cover the important basics.

When you first launch XTerm (on Ubuntu 14.04 for me.) it's a plain window with a white background, small text and no visible menus.

It actually has really good menus, but they're hidden:

Some keyboard short-cuts are also set:

There are simple options for turning on the scrollbar, but with the keyboard scroll option and mouse-wheel I don't think I need it and am saving the pixels!

XTerm can be configured through command line switches, or through X11 resources [1]. X11 resources aren't used by modern X UI toolkits (e.g GTK+/KDE) but they're pretty powerful. The important thing to know is that X is object orientated so the configuration strings are matching object paths in the X server. To use X11 resources the steps are:

For manual testing that's fine, but depending on how you're starting X you have to tell it to load in the X11 resources that you've defined. I'm using startx so in my .xinitrc I have:

We can improve XTerm's looks by setting a nice looking font. Fonts in X are a mess as there are old and new systems, luckily end-users don't generally see this. But for XTerm, we have to explicitly configure the font we want. The important difference is that there are old-style bitmapped fixed width fonts and newer TrueType fonts. Lots of advanced users prefer using bitmapped fixed width fonts in a terminal, search Google for more information. Personally, I prefer a TrueType font with fixed width. This is how you configure them for XTerm: 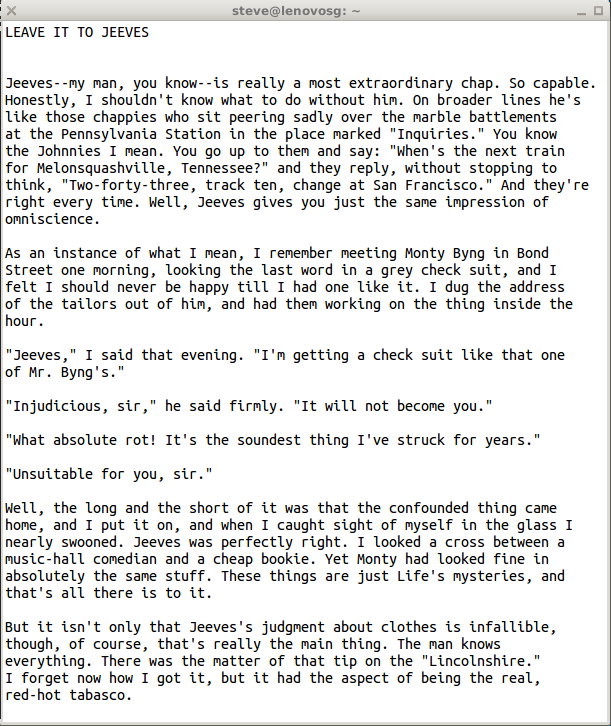 To alter the font size Ctrl+<right click> brings up a menu with six font size options. These can be configured to whatever size you want.

If you're using a fixed font it's done with xterm*font1 options, but for a TrueType font add the following to your .Xresources:

I really like the way that GNOME Terminal uses <Ctrl>++ to make the font bigger, <Ctrl>- to shrink it and <Ctrl>0 to reset it to the standard size. We can do the same in XTerm.

The xterm.VT100.translations option provides a way of calling xterm functions with keyboard shortcuts or through the mouse, we're going to use it for both this and cut-and-paste later. Note that after every line, except the last, you must provide escapes with \n\.

With these lines added we can do Ctrl- to make the font smaller, Ctrl+ to make them bigger and Ctrl-0 to reset to the normal font size. I got this from Dobrica Pavlinušić.

Another bit of X history. Original X applications (like XTerm) use the 'primary' clipboard which is ephemeral, the text only exists in the clipboard while it is highlighted and until something else is highlighted. After you highlight something you can paste it with the middle mouse button (or Shift+Insert). It's quite difficult to do on a laptop and users coming from Windows/Mac hated it, so modern GNOME apps and Firefox use the 'clipboard' which is the CTRL-c/CTRL-v keyboard short-cut.

To tell xterm to use the standard Ctrl+Shift+c and Ctrl+Shift+v in the same way as gnome-terminal you add:

There are a few different options on how to configure this set-up, David Simmons seems to be the original source, and I'm using the one from Peskys log. An easier (non-standard) option would be to hold shift and just select with the mouse, for that see this post. And, finally you can install a clipboard manager like parcellite.

In GNOME-terminal when you mouse over a URL it underlines it and <Ctrl>+<Left mouse> opens it, there's a similar capability in urxvt. The last line of xterm*VT100.Translations above uses the exec-formatted option to launch whichever application has been set as default for different URL types. To highlight a URL we do:

We can't use <Ctrl>+<Mouse button> as GNOME terminal does because it's a menu short-cut in XTerm.

It's using xdg-open which understands URL's and a variety of file types, for example text and pdf files. Note that it works when you have the full path of the file, or a URL like file:///home/user1/Documents/Example.pdf, as it only knows about the selection. In Ubuntu the character classes are set-up already so this is the only configuration required.

The ways to select text are sophisticated, it works as follows:

There are other options you can configure yourself for more complex set-ups. These options reduce trailing spaces when selecting:

To scroll back up through the output use either the scroll-wheel on the mouse, or Shift+PgUp/PgDown on the keyboard. To set the amount of scrollback:

That's enough for a basic, working XTerm with the most obvious settings defined. The next post focuses on setting up colour on XTerm as that's quite complicated, along with a few other bits and pieces.